Torsor means shut up and listen, according to the 99 years old Chief Senwah. His stories are narrated in Vai with a translator. His first story is about how Torsor was founded and the name given. He also tell the story of the palm wine tapper and Tombey, a historical water known for its mysterious events. The Palm Wine tapper takes listeners through the story of the crocodile man, the Tombey river, and his journey to prevent a war. He also explains the name and forming of Lake Piso, today Liberia’s largest lake. The name Lake Piso comes from pigeon hole, meaning it was a little water body where pidgeons came. Massa Wolor is where the name Massating Island came from. She was a leper who was moved to the Island to keep her away from society. Massatin became a leper colony. 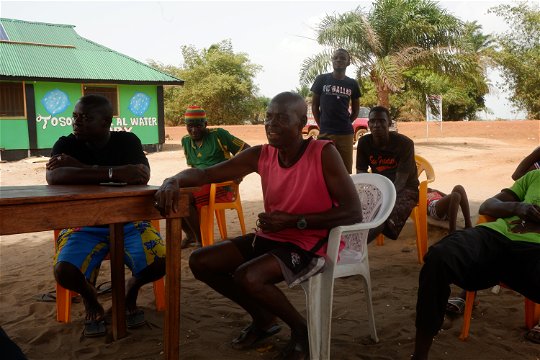