Ten Surprising Facts about the West African Country of Liberia 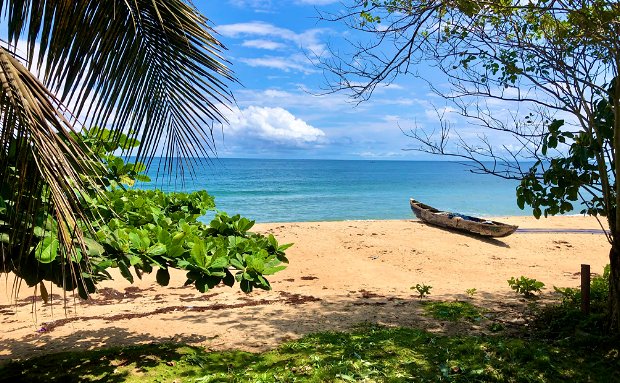 Liberia is a fascinating country with a culture and heritage unlike any other. Learn more about how Liberia's unique history, culture, and landscape set it apart as a destination to visit in West Africa.

These ten facts about the West African country of Liberia may surprise you and will undoubtedly inspire you to plan a trip ASAP!

Liberia declared its independence in 1847 and elected its first President in 1848 - Joseph Jenkins Roberts, an African American who had been born free to a formerly enslaved woman and a Welsh planter in Virginia. Because many people who traveled to Liberia were educated in the United States, the Liberian political system is very similar to the United States' system of governance. For more information on Liberia's fascinating history, check out places such as Providence Island and the Liberian National Museum, two important historical sites in Monrovia! 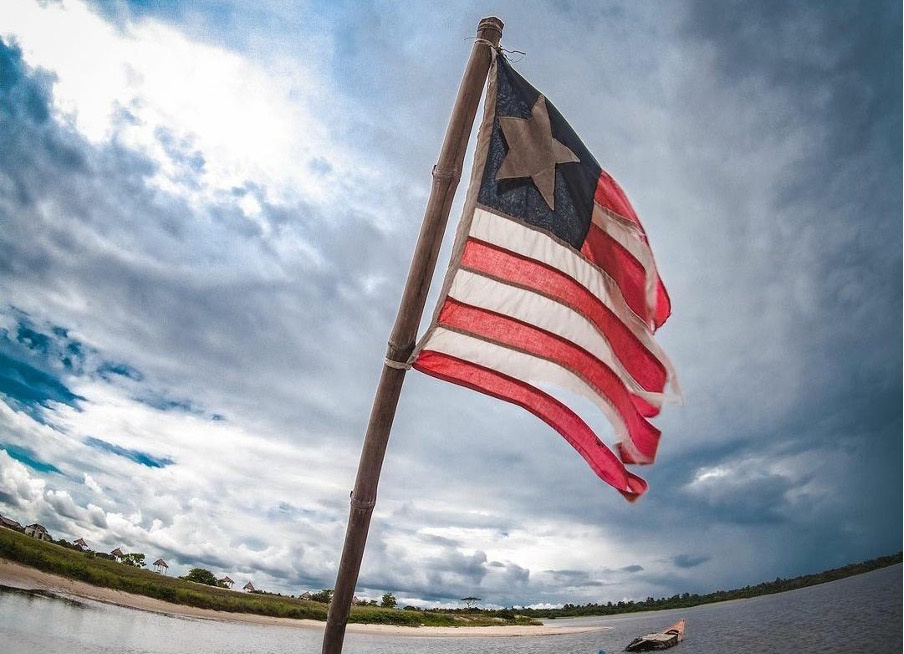 Liberia’s official language is English due to its historical connection to the United States. In addition to English, over 20 other languages are spoken in the country. There are wide varieties of the English language. Liberian English is the most formal variety, but Kru Pidgin, Liberian Creole, Merico, and Caribbean English are also commonly spoken. The other 22 languages spoken in Liberia are categorized under the following umbrella languages: Mel, Mande, and Kru.

3.   Liberia has one of West Africa’s Best Surf Spots

When asked about the best surfing locations in Africa, only some would know to list Liberia as one of them. Robertsport in Northwestern Liberia has an active local surfing community and attracts people from around the world who want to ride the waves in a remote and beautiful setting. Robertsport is a small fishing village 3-5 hours from Monrovia. Here, the point break waves of the Atlantic have created exceptional conditions for surfers. Several guest houses, such as Nana's Lodge and Philip's Guesthouse, can be found right on the beach in Robertsport next to the Surf Club, which offers surf lessons and board rentals.

Liberia is home to at least 16 indigenous ethnic groups, the largest of which is the Kpelle, making up 20% of the total population. The other 15 groups are Bassa, Grebo, Gio, Kru, Lorma, Kissi, Gola, Mano, Mandingo, Krahn, Gbandi, Loma, Vai, Kuwaa, and Dey. To learn more about the people of Liberia, Liberia's National Museum's exhibit, Waves of Time, takes museum-goers on a journey through time to learn more about Liberia, its people, and its history. The opening panel describes the waves of history that "have shaped and reshaped Liberia's culture, transformed its people and made it both a major presence in Africa and the world, even as it has struggled to turn itself into a stable, vital sustaining and sustainable society."

Liberia declared independence on July 26, 1847. The next African country to become an independent state was South Africa in 1910, after it declared separation from the British. Liberia's independence was very early compared to other countries in the region, making Liberia Africa's first recognized independent state. Several monuments in Monrovia are a testament to this impressive fact, including the Joseph Jenkins Robert Memorial and the Centennial Pavilion.

Liberia is home to many rare and endangered animals, such as the Diana Monkey, Upper Guinea Red Colobus, Western Chimpanzee, and the Pygmy Hippopotamus. Liberia is trying to protect these precious species by creating protected areas, employing Forestry Development Authority Rangers to oversee the protected areas, and training community members to collect wildlife and illegal human activities in the forest. Learn more about conservation and rescue efforts happening in Liberia through the Liberia Chimpanzee Rescue and Protection and Libassa Wildlife Sanctuary.

Liberia has an extraordinary variety of bird species, with different landscapes from which to spot the 700 bird species found in the country.

As the second-largest area of protected primary tropical rainforest in West Africa, it is little wonder that Sapo National Park features an astonishing 590 types of birds. These include threatened species such as the white-breasted guinea fowl and the white-necked rockfowl. The African fish eagle, the gray parrot, great blue turaco, egrets, hornbills, kingfishers, rollers, and sunbirds can also be found in Sapo National Park. Located in the southeast and the country’s first national park, Sapo National Park is also home to the pygmy hippo, forest elephants, and chimpanzees. Be one of the lucky explorers to stay at the new Sapo Ecolodge and catch a glimpse of the incredible bird life and breathtaking natural landscapes! 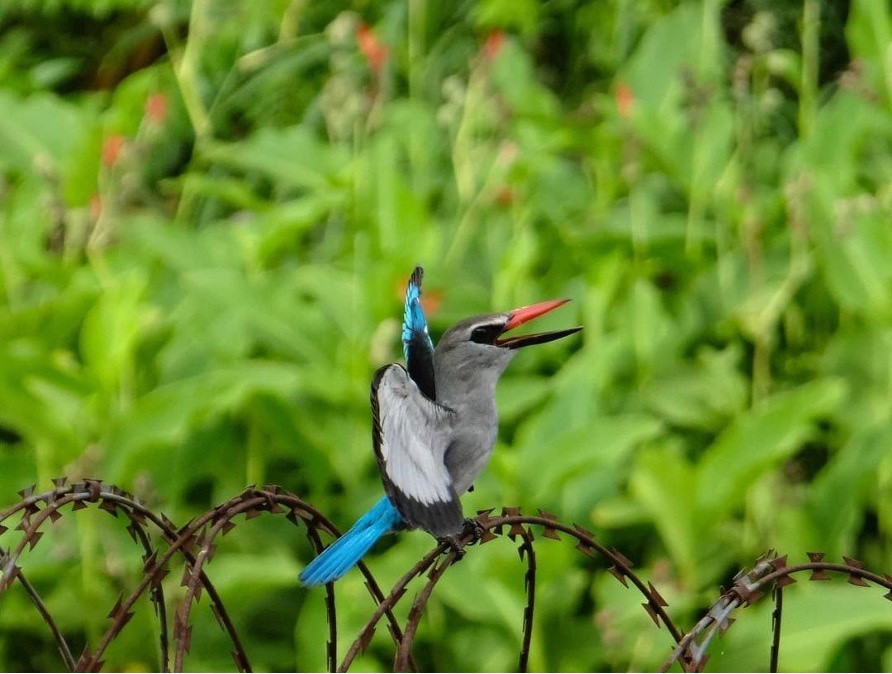 8.   Amongst the Gorgeous Forests and Jungles of Liberia are 800+ Butterfly Species

Like Liberia’s wealth of bird species, many butterfly species live here as well! One can find over 800 beautiful butterfly species inhabiting areas from the coast to the jungle. In the East Nimba Nature Reserve, for example, you can find the largest butterfly in Africa, the Giant African Swallowtail. Scientists believe there are even more species that haven’t been discovered yet!

9.   Liberia has more than 6.6 Million Hectares of Tropical Forest

Liberia holds most of the remaining Upper Guinean Forest, and this enchanting rainforest is one of the country's most incredible assets. The Upper Guinean Forest of West Africa is a global biodiversity hotspot. According to Conservation International, around the world, 36 areas qualify as hotspots. These global hotspots support more than half of the world's endemic plant species and 44 percent of endemic birds, mammals, reptiles, and amphibians. 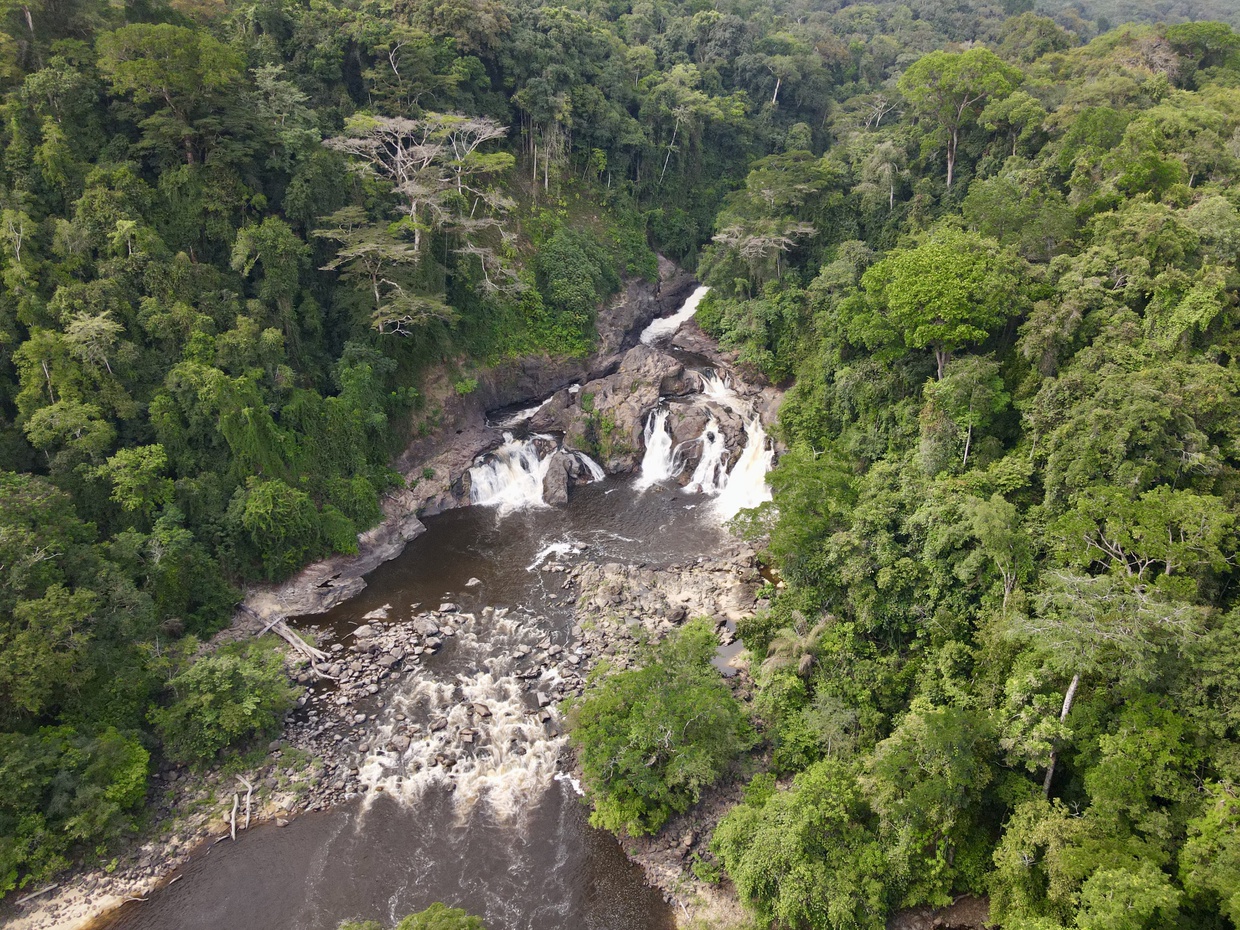 The Liberian government believes that tourism is an important part of the economy. Because of this, the government supports the tourism industry in Liberia. There are already many adventures waiting for you to discover. Check out Liberia’s top ten attractions to start planning your trip.

Want to learn more?
We hope you enjoyed learning more about Liberia. Follow our social media channels to stay updated on Liberia’s top destinations and experiences! We will be sharing more fun facts about the country.